The inauguration of La Coupole on December 20, 1927, on Boulevard Montparnasse was one of the most celebrated events in Paris during the Roaring Twenties. The 1500 bottles prepared for the 2500 carefully chosen famous guests wasn’t even enough. Anecdotes and stories of happenings in the place spread around Paris and soon a legend was born.
This favorite hangout of artists was created by two Auvergne natives, Ernest Fraux and René Lafon.

Their great idea was to buy an old wood and coal 1000m² warehouse on Boulevard Montparnasse and open one of the best brasseries in the capital. It would rival the Dôme, which is situated on the corner of Boulevard Montparnasse and Raspail, and the Select across the street.
To accomplish that, Ernest Fraux gathered some of the best architects and decorators of the period. He wanted to make the place as pleasing as possible and something special. In the beginning it was an enormous single room, as big as a railway station, supported by 33 symetrical pillars. With a restaurant and terrace on the first floor. 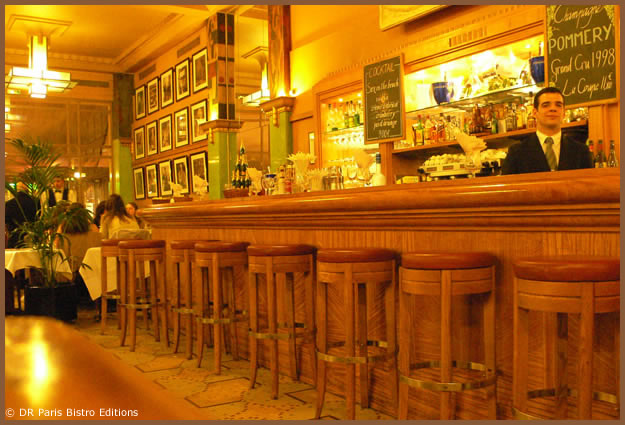 Meanwhile, nearby, there was a whole group of painters called the Montparnos, who had left Montmartre and had taken over Montparnasse cheaper more bohemian also there was a direct metro linking the two poles.  Marie Vassilieff, Matisse, Léger and Kisling were approached to paint frescoes on each of the Coupole column.